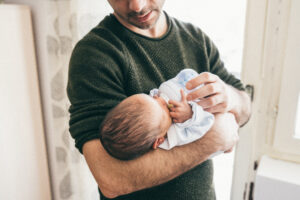 We live in a very cynical world regarding the role of fathers in our society.  For the most part, a woman’s pregnancy is considered her choice.  Society makes no room for a father’s choice in the matter.

For a long time now liberal and progressive communities have dismissed the importance of family.   We’re seeing this played out increasingly with policies and legislation designed to minimize and destroy the significance of two-parent, mom and dad homes.

It saddens me to think how many fathers either don’t or won’t have a choice in the decision process of bringing their child into the world.

However, I’m thankful that God, our Father gave us an example of what a father’s choice looks like by sending His only Son, Jesus Christ for us.

16 For God so loved the world that He gave His only begotten Son, that whoever believes in Him should not perish but have everlasting life. – John 3:16

His choice for all of humanity was made for our good.

Despite who we are as morally inadequate human beings, God made a loving choice as a Father to sacrifice His only Son for our sins.

This was loving because it gave you and I a way to evade punishment for our sins. It was a loving option that rescued us from eternity without Him.

No father should have to make the choice to live without his son or daughter.

The option for an earthly father to choose life for his unborn child or in cases of marital and custodial disputes, to be a part of that child’s life, should never be disregarded.

As a mother of two, who 24 years ago considered terminating a pregnancy, I’m grateful to this day, my husband spoke up about his choice for us to have our son.

For any father to choose to love, nurture and provide for his son or daughter is a selfless and loving choice that should be celebrated, not taken away.

Salem Pregnancy Care Center is a FREE Medical Clinic in Winston-Salem serving women facing an unplanned pregnancy.  We serve our community by offering loving counsel to those who find themselves in a crisis pregnancy.